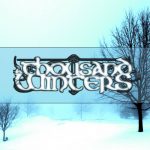 Rating: 8.0/10 Release: 9 September 2015 Label: Independent Contrasts are often what makes a band interesting. No lack of that with A Thousand Winters. Consisting of no more than two people, which is something you would rather expect from a black metal band than from a folk metal band. There … END_OF_DOCUMENT_TOKEN_TO_BE_REPLACED