Australian Forest Metal band Arbrynth released their second album today. Their first self-entitled album ‘Arbrynth’ dates a few years back.
With the leaving of Tina, there are only male vocals now, which should have changed their sound quite a bit, since they were an important ingredient of the Arbrynth music.
The first single “The Dark Between The Stars” from this new album “A Place Of Buried Light” is ‘The Dark Between the Stars’. 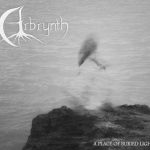 Rating: 7.5/10Release: 3 February 2020 Label: Independent I would like to think I am pretty familiar with a good number of folk metal related acts from Australia. When I saw a new release from Arbrynth from Melbourne, the name didn’t ring any bells. Doing some research, I see a debut … END_OF_DOCUMENT_TOKEN_TO_BE_REPLACED 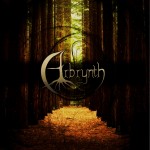 By: MichelScore: 3/10 Arbrynth by the Australian band with the same name sounds through my boxes. And when it starts I’m immediately thinking: Wow, this can be a really nice one. But when after a short time a somewhat dreamy voice is added, the music struggles to keep my attention. … END_OF_DOCUMENT_TOKEN_TO_BE_REPLACED