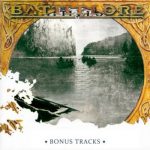 Rating: 7/10 Release: 21 November 2018 Label: Independent / Bandcamp I’m not sure if this is going to be a trend but if it is, I hope it ends as quickly as it started. That trend is the release of unreleased older tracks instead of new material, especially after a … END_OF_DOCUMENT_TOKEN_TO_BE_REPLACED

The Music of Battlelore has evolved during the past few years, from somewhat more danceable songs to much heavier epic Metal. Folk-metal.nl had to learn more about this and spoke to Jyri Vahvanen, guitar player and text writer of this Finnish band.
The Music evolves in a group process, most of the songs develop from a rough plan on guitar. Drums and bass are added to this, and after that keyboards and vocals are added. The song, created in this process, is refined until everyone is happy about it.

The trend towards a more epical approach is something which wasn’t a thoughttrough plan, but something which grew out of this developing system. ‘It’s a natural cause, and we don’t have big plans or a vision to develop our music in a certain direction’. Each and every album is a compact piece of Battlelorian art and to be honest, it’s a mystery to all of us how the final product will sound when where in the studio finally at last.’ ‘Doombound’ is a concept album about J.R.R.Tolkien’s ‘Túrin Turambar’, and the tracks follow up in a logical order. In this way they form a complete story. It came to us the album can be listened to as if you’re watching a movie. The First song ‘Bloodstained’ is an intro to the story and the album ends with the instrumental track ‘Kielo’, when you can almost see the credits scroll down the film screen. According to Jyri this is what was meant with the album and fortunately they seem to have succeeded in this with their first concept album. The band experienced it as very challenging to make a concept album with an ongoing storyline. It appeared to be rather difficult to get the lyrics in a satisfying result, but with the help of the other members this also ended well.
It’s to early to speculate about coming albums, but working on a concept album like this was interesting to do and now we have some experience with this. It’s not unlikely they’ll do it again.

Track like we know them from the ‘past’ like ‘Sons of the Riddermark’ and ‘Buccaneer’s inn’ for instance could not be heard on the last 2 albums. Has the band left the style of more catchy swinging song? Not necessarily, according to Jyri, like said before the songs are a result of a groupprocess and evolve in a natural way. When we would like to try to make a song with the feel of “Sons of the Riddermark” it would probably don’t work out. We don’t have a recipe for hits and that’s why we write from our feelings, and not with the intention it has to sound ‘catchy’.
Finally we were also curious if we could see the band in the near future, so it was time to talk about this subject.
Jyri, why is it, we don’t get to see you guys very much? ‘We all have our daily work and family in Finland en besides that we’re also playing in Battlelore, they why we always have to put things in perspective. From a Financial point of view we don’t benefit from being on tour a lot. These are by al means choices of live we’ve made and our choice was to keep Battlelore a serious hobby, and not make it our employer.’
Fortunately the band can make the announcement they’re going to play at a few festivals in Europe. But, unfortunately to our fans, there’s no confirmed tour at this moment.
About which songs will be on the playlist in upcoming gigs there band has no secret. Gigs and albums are completely different; gigs have to stay energetic and heavy. This leaves not much space for quiet songs or ballads. Some songs like ‘doombound’ can’t be played live because of their massive structure. The band has to think things carefully through when they’re making a playlist for upcoming gigs.
Let’s hope we’ll see them soon.

Rating: 7/10 Release: 28 January 2011 Label: Napalm Records A new album of these Finns, I’m curious, because although I am a fan of these survivors from Tolkien’s Middle Earth, I must also confess that I do not think all the songs equally stunning. They don’t have a top album … END_OF_DOCUMENT_TOKEN_TO_BE_REPLACED

Location: Melkweg, Amsterdam, NL 30 November 2008 To promote the Finnish export of folk-metal, four Finnish bands joined forces and put down a tour through Europe. er een tour opgezet door Europa. This should be fun, because Finland is the homeland of this genre. Falchion Falchion, the band with the … END_OF_DOCUMENT_TOKEN_TO_BE_REPLACED