Celtibeerian have been in existence for 7 years, stylishly blending heavy metal with their own brand of folk music. They were one of the first bands I’ve discovered I’d been introduced to folk metal. They have been consistently good at sating my hunger for fiddle-and-whistle-accompanied metal, getting better and better with age like a fine wine (more on that later). They have released their fourth studio effort Deiwos in December, 2017, and it was damn good. If you frequent this site you’ve probably already found that out yourself but if you haven’t, I vehemently urge you to check it out. In the meantime, enjoy this interview we did with their vocalist/bassist Gustavo where he told us about the band’s origins, the creation process of Deiwos, their love for wine, and more. 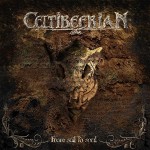 Rating: 8/10 Release: 11-1-2016 Label: Independent Celtibeerian released an acoustic album, an almost inevitable event, because their music has an ‘acoustic feel’ of its own. The band has showed in its previous album ‘Keltorevolution’ they make a fabulous use of all kinds of authentic instruments like viola, violin, bouzouki and … END_OF_DOCUMENT_TOKEN_TO_BE_REPLACED 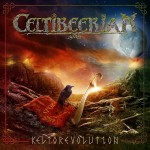 Rating: 8/10 Release: 29 March 2014 Label: Independent The statement that a great many bands within the genre of folk metal sound (somewhat) the same is probably no surprise. Many of these bands use a traditional folk instrument, which makes the music comparable to a great number of other bands … END_OF_DOCUMENT_TOKEN_TO_BE_REPLACED 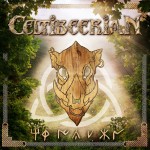 Rating: 6/10 Release: 23 December 2012 Label: Independent It was just a matter of time before a band tried to make the same kind of music as Alestorm. However, here it is! Celtibeerian, a Spanish folkmetalband which just released their debut called ‘Tirikantam’. Musically speaking, Celtibeerian is right between Alestorm … END_OF_DOCUMENT_TOKEN_TO_BE_REPLACED