2021 has ben a pretty epic year so far made even more epic with the latest album from Duskmourn. This duo have released “Fallen Kings And Rusted Crowns” to much praise thus far and deservedly so. We reached out to Walter Deyo and Bill Sharpe and they both answered some questions for us regarding the new album, the very successful Kickstarter campaign to get it completed and a few other items of note…. check it out…. 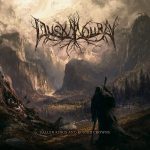 Rating: 10/10 Release: 19 June 2021 Label: Independent Halfway thru the year and another of my most anticipated releases has been monopolizing my listening and that is the latest from Duskmourn. Titled “Fallen Kings And Rusted Crowns”, the  3rd album from this duo is an independent release and was officially … END_OF_DOCUMENT_TOKEN_TO_BE_REPLACED

June 16th marks the release date for the sophomore album from the mighty Duskmourn. “Of Shadow And Flame” is filled with everything Duskmourn had established on their debut (2014’s “Legends”) plus a heavier direction track and style wise while still sounding like Duskmourn. Walter Deyo and Bill Sharpe answered some questions for us once again regarding the new album, the recording and writing process plus a few other things… check it out…

Of Shadow And Flame
Congrats on your amazing 2nd album “Of Shadow And Flame”… what has been the feedback regarding it so far?
“Thank you! Feedback so far has been positive! We’ve had two official written reviews; both gave Of Shadow and Flame 10/10. Our inner-circle family and friends that have heard it also have very positive feedback (even after hearing the riffs day in and day out during the writing process! haha). They all agree that it’s an improvement upon Legends and we are curious and excited to see what the rest of the world thinks.” 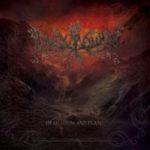 Rating: 10/10 Release: 16 June 2017 Label: Independent If I had to take a guess (and a pretty good one at that) the last Duskmourn album (2014’s “Legends”) would be in my top 3 most listened to albums of the past 3+ years. Rooted in Tolkien lore and black metal/dark … END_OF_DOCUMENT_TOKEN_TO_BE_REPLACED

USA’s Duskmourn have released an epic first LP with Legends. Combining elements of black metal, folk and soundtracks, Legends will definitely fill your need for gloomy, frostbitten metal from the dark forest. I spoke with Walter Deyo and Bill Sharpe (the two members of Duskmourn) to get their perspective on recording as a two-piece, their recording process and the future of Duskmourn…


First off, congratulations on the release of your first full length with Legends. Explain how Duskmourn got from the initial EP in 2012 until now, including the lineup changes and why that occurred.
Thank you! Right after we recorded the EP in 2012 we immediately started to write material for an album. This was an interesting process since we were still trying to figure out what direction we wanted to go musically. We ended up scraping a lot of material but slowly developed a style we were happy with for Duskmourn. As for the lineup change, there were just some musical differences as we started writing new material. 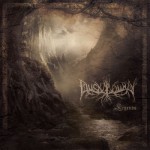 Rating: 9/10 Release: 8 October 2014 Label: Independent From the dark reaches of Pennsylvania and New Jersey USA emerge the mighty Duskmourn with their debut album. Previously, they had released a terrific 3 song self-titled EP in 2012 which reminded me of a mix of a few different North American … END_OF_DOCUMENT_TOKEN_TO_BE_REPLACED