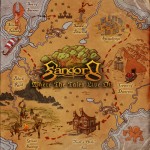 Rating: 7/10 Release: June 2012 Label: SoundAge Productions Despite the fact FängörN is still searching for a label they decided to release a follow up for the debut album ‘Mysterious Land’. The band evolved from the heavy metal scene and the previous album had a huge heavy metal stamp and … END_OF_DOCUMENT_TOKEN_TO_BE_REPLACED 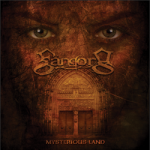 Rating: 6/10 Release: 18 December 2010 Label: Purity Through Fire ‘Mysterious Land’ the debut-album of the Russian band FängörN was already released in 2010, but we’ve laid our hands on it, and take the opportunity to discuss it shortly. It catches your ears at once, the band is originally a … END_OF_DOCUMENT_TOKEN_TO_BE_REPLACED