Rating: 7/10 Release: 15 May 2014 Label: Stygian Crypt Productions Folkearth, this very special band has been active since 2003. One man started the idea to create music with artists from around the entire world to make one folkmetal product. The outcome is a great many of albums over the … END_OF_DOCUMENT_TOKEN_TO_BE_REPLACED

Folk-metal.nl had a nice chat with Gianluca Tamburini and Hildr Valkyrie of Folkearth and Folkodia.

The whole project Folkearth started with an idea of Ruslanas (Metfolvik), their beloved band mate that lost his battle against cancer earlier this year. He could have better answered the questions about this subject, but since he’s not with us anymore, Gianluca and Hildr will try to do that. The idea was to unite musicians from all around the world, and in that way join the traditional music influences of each country.
And the idea behind the project has never changed during the years, it just happened that different musicians have been involved in the project throughout the years, but all of them tried to do their very best in full respect of the basic idea.
Ruslanas, being the leader and the creator of the project, was taking care of finding suitable musicians for this project. Some volunteered for the cause and he decided whether to let them in or not, some others joined at his request. Since he passed away, the line-up will probably remain the same. But they are always open to let new, good and willing musicians in, in the chance they are needed! 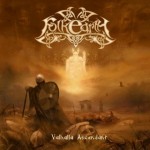 Rating: 8.5/10 Release: 15 November 2012 Label: Stygian Crypt Productions We know Folkearth from their epic guitarwork and the closely related project Folkodia released the best album we reviewed in 2012. What will the Folkearth album Valhalla Ascendant bring us. Well, they bring us musicians from Greece, Monaco, USA, Switzerland, … END_OF_DOCUMENT_TOKEN_TO_BE_REPLACED 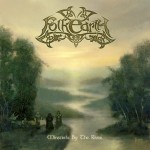 Rating: 7/10 Release: 7 September 2011 Label: Stygian Crypt Productions In 2008 Folkearth releases an acoustic album ‘Songs of Yore’. A lot of releases later they repeat this in 2011 with the acoustic album ‘Minstrels by the River’. The album begins with the track ‘Viking’s Anthem’ an instrumental track with … END_OF_DOCUMENT_TOKEN_TO_BE_REPLACED 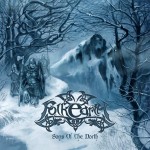 Rating: 7/10 Release: 12 March 2011 Label: Stygian Crypt Productions In 2011 Folkearth releases two albums. Folkearth is an international project in which a large number of musicians from all kind of folk-metal and vikingbands participate. Recently we found both albums on our mailbox so we spent a few hours … END_OF_DOCUMENT_TOKEN_TO_BE_REPLACED 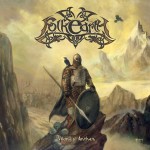 Rating: 5.5/10 Release: June 2010 Label: Stygian Crypt Productions Folkearth is a project where different people from all across the World work together to record an album. These people come from all across the globe; Greece, Swiss, but also from Australia and the US. A beautiful initiative, but could this … END_OF_DOCUMENT_TOKEN_TO_BE_REPLACED