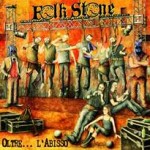 By: Yvette Score: 9,5/10 Release: 3-11-2014 Label: FolkStone Productions It hasn’t been that long since we last heard from Folkstone. The Italian band that was formed in 2004, released their third studio album ‘Il Confine’ under own management in 2012, shortly followed by a live DVD called ‘Restano i Frammenti’. … END_OF_DOCUMENT_TOKEN_TO_BE_REPLACED 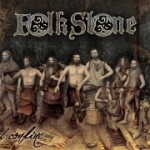 By: Michel Score: 9,5/10 Release: 16-3-2012 Label: Independent The Italian folk-rock band Folkstone had two releases for us in 2012. At the end of the year there was this beautiful DVD. And in spring there was a new album ‘Il Confine’. The album starts with a very nice track Il … END_OF_DOCUMENT_TOKEN_TO_BE_REPLACED 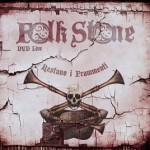 By: Michel Score: 10/10 Release: 20-12-2012 Label: Folkstone Productions Some bands like to do it all. Folkstone has made four albums one of them is an acoustic album. They have over 15.000 fans on facebook. Their popularity in Italy is huge. What’s missing… a DVD. Making a DVD nowadays isn’t … END_OF_DOCUMENT_TOKEN_TO_BE_REPLACED