Nothing makes me happier then when local acts to me here in PA. make it big and Frost Giant are about to go supernova with their new album “The Harlot Star”. Their first full length, it will officially be released in January for their new label Transcending Records. Vocalist/guitarist Matti Frost and guitarist Scott Breustedt answered some questions for us regarding the new album, the new label and a bunch of other stuff… check it out…

The Harlot Star
Major congrats on your debut full length “The Harlot Star”… how has the feedback been so far regarding it?
Matti: “So far it’s been a bit overwhelming, to be honest. Reviewers are responding to it well and so are listeners. It’s a bit surreal and more than a little bit exciting.”
Scott: “I’m still waiting for somebody to talk shit about it. The reviews have been great. We’ve been turning some heads with this album so far. We have been all about this album since we demoed it over the last few years. Its a pretty awesome feeling seeing this sound we created being accepted by people.” 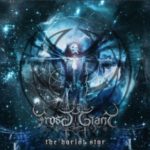 Rating: 9/10 Release: 18 January 2018 Label: Transcending Records / Bandcamp Frost Giant will release The Harlot Star to the world on January 19, 2018. If you are a fan of Folk metal, American hardcore, Power metal , or really just great music you should mark the date on your … END_OF_DOCUMENT_TOKEN_TO_BE_REPLACED