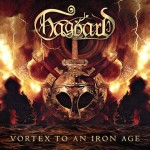 Rating: 6.5/10 Release: 1 May 2016 Label: Heavy Metal Rock Records Brazil’s Hagbard are poised to release their 2nd full length album upon us with “Vortex To An Iron Age”. Their debut album “Rise Of The Sea King” from 2013 got an average review by Nick on here and I … END_OF_DOCUMENT_TOKEN_TO_BE_REPLACED 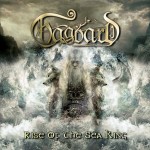 Rating: 6/10 Release: 28 October 2013 Label: Sound Age Productions Hagbard is a Brazilian band of five, formed in 2010. Since they formed they’ve released a demo, and a single. Right now it’s time for their first full-length ‘Rise of the sea king’. As they say themselves they’d mix folk-influences … END_OF_DOCUMENT_TOKEN_TO_BE_REPLACED 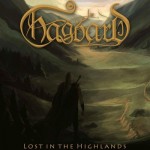 Rating: 7/10 Release: 9 March 2013 Label: Independent While we’re all waiting for Hagbards full length they’re about to release a single which will be available on Bandcamp. I didn’t know a lot of their music, but the songs I’d heard were rather merry ones, despite of the raw vocals … END_OF_DOCUMENT_TOKEN_TO_BE_REPLACED