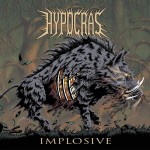 Rating: 8/10 Release: 25 November 2016 Label: Independent / Bandcamp From the land of Eluveitie, the 5 men band Hypocras releases its second EP. With a full album in between Hypocras is not the most productive band in the scene, knowing that the band was formed in 2005. For a … END_OF_DOCUMENT_TOKEN_TO_BE_REPLACED

Rating: 7.5/10 Release: 27 September 2013 Label: Independent Hypocras, a band that already exists since 2006. Started out as an instrumental project, but eventually they added a singer. ‘The Seed of Wrath’ is the first full-length this band releases, besides an EP which was released in 2010. Immediately after an … END_OF_DOCUMENT_TOKEN_TO_BE_REPLACED