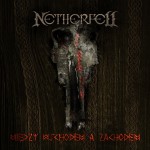 Rating: 8.5/10 Release: 30 October 2015 Label: Noizgate Records Netherfell is an upcoming folk metal band from Kraków, Poland, that will release its debut album ‘Between East and West’ in October 2015. Although the band has been entirely unsigned up until this point, Netherfell has signed with Noizgate Records for … END_OF_DOCUMENT_TOKEN_TO_BE_REPLACED 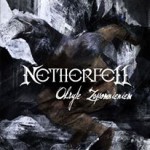 Rating: 9/10 Release: 5 June 2013 Label: Independent It’s a fact a lot of bands ripen during the years and create much more mature stuff when they have some experience over the years. It wasn’t out of free will but Netherfell couldn’t produce anything during the past 5 years of … END_OF_DOCUMENT_TOKEN_TO_BE_REPLACED