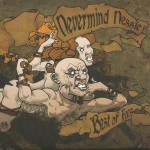 Rating: 8.5/10 Release: 10 March 2017 Label: Independent Belgium Folkpunk band Nevermind Nessie released their second album ‘Best of Foes’. The band released their debut-album in 2015 and we got thirsty again, or was is Nessie who drank all our beer? Nevermind, we have something to drink on once again … END_OF_DOCUMENT_TOKEN_TO_BE_REPLACED 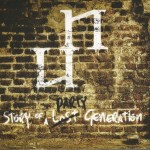 Rating: 9/10 Release: 2015 Label: Independent Belgium is already blessed with a Celtic Punk band called The Black Tartan Clan, but there’s more to discover in this small country. Nevermind Nessie is ‘doing pubs’ since 2009, but they had never recorded a ‘real’ album. But luckily they have decided to … END_OF_DOCUMENT_TOKEN_TO_BE_REPLACED