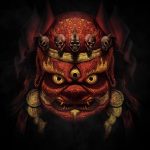 Rating: 8.7/10 Release: 19 March 2021 Label: Independent China based Folk Metal act Nine Treasures have released a new album about a month or so back, and it is high time we look at their new repository of Mongolian melodies and folklore. There are one or two trends across the … END_OF_DOCUMENT_TOKEN_TO_BE_REPLACED

‘Awakening From Dukkha’ will be released today. Few bands can claim to have an identity and sound as remarkable as Nine Treasures. Forming in 2010, one of the original Mongolian Folk Metal bands has one simple goal: to take Mongolian heavy metal worldwide. Now, a decade on; three albums, millions of streams and several European tours and festival shows (Wacken Open Air, Woodstock Poland) later, Nine Treasures are well on their way, having led a Mongolian metal revolution. The band are celebrating their journey so far with their new ‘Best Of’ record, Awakening From Dukkha, to be released 19th March. 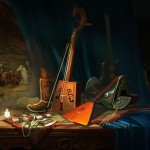 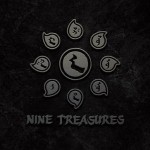 By: Eline Score: 8/10 Release: 13-12-2013 re-release 2017 Label: Einheit Produktionen (Editor): Einheit Produktionen is re-releasing the first two albums of Nine Treasures. Eline wrote a review on the second album way back in 2013 already, and we think it’s still quite accurate: Before I started working for folk-metal.nl, of … END_OF_DOCUMENT_TOKEN_TO_BE_REPLACED 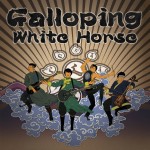 Rating: 8/10 Release: 13-1-2015 Label: Independent China’s Nine Treasures have been busy in the last year or so with the release of a self-titled LP back in May of 2014 plus a lot of touring and now have a new EP called “Galloping White Horse”. The EP features 2 new … END_OF_DOCUMENT_TOKEN_TO_BE_REPLACED

Score: 7,5/10 Release: 13-12-2013 Label: Independent Before I started working for folk-metal.nl, of course I was a huge fan of folk metal, but I never imagined myself listening to Mongolian folk metal. I used to be one of those people thinking that folk metal could only come from Finland, Sweden … END_OF_DOCUMENT_TOKEN_TO_BE_REPLACED