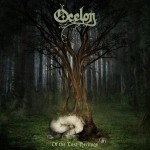 Rating: 9/10 Release: 26 February 2016 Label: Rock-CD Records If you enjoyed a couple of other debuts last year (such as first albums from Merkfolk, Distoriam and Voloh), then you will certainly want to grab a copy of Ocelon’s first full length “Of The Lost Heritage”. This 7 piece outfit … END_OF_DOCUMENT_TOKEN_TO_BE_REPLACED

Rating: 7/10 Release: 24 January 2015 Label: Independent The Spanish band Ocelon has had quite some turbulent years. After a large number of changes in band formation, drop-out and aborted projects, Ocelon finally began to take shape in the form of a Celtic folk-metal band in 2012. In 2014 the … END_OF_DOCUMENT_TOKEN_TO_BE_REPLACED