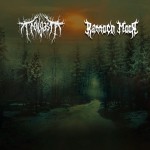 Rating: 7/10 Release: 11 November 2014 Label: Independent This release was announced a long time ago. And until the releasedate there was not much to be found about Rannoch Moor. But now this is split album is released we discovered Rannoch Moor is a kind of project in which three … END_OF_DOCUMENT_TOKEN_TO_BE_REPLACED