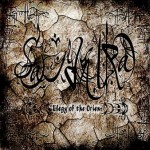 Rating: 7/10 Release: 13 November 2012 Label: Haarbn Productions Sand Aura is a Middle Eastern Progressive Folk-Metalband from Egypt. They believe in the unification of cultures, religions and historical backgrounds. They were founded in 2007, but it took until November last year for them to release their debut-album. This album … END_OF_DOCUMENT_TOKEN_TO_BE_REPLACED