I am truly fulfilled when a band I have been following since early on makes it big. There is no better example of this than the epic Sojourner. On paper, you would think having members in multiple countries would never work but they have persevered and to great success. A signing to Napalm and a 3rd album out this year with “Premonitions” has made for a larger audience to finally hear what many of us already knew… a multi-faceted project that is ushering in a new era in symphonic metal with tangents into other genres. Two of the band member tackled some questions for us regarding the album, the signing, the process and some other things. Vocalist Emilio Crespo and guitarist Mike Lamb tooks turns at answering them and here is what they had to say… check it out… 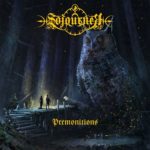 Rating: 9/10 Release: 8 May 2020 Label: Napalm Records Napalm Records has certainly been on a hot streak with recent signings especially when it comes to folk metal related acts. The epic Æther Realm have offered their initial Napalm album and the equally epic Sojourner are also poised with their … END_OF_DOCUMENT_TOKEN_TO_BE_REPLACED

Internation act Sojourner have returned with a follow up to their epic debut “Empires of Ash” with even more epicness. “The Shadowed Road” continues to see them hone their sound while adding more parts to their core style. Equally heavy and melodic, the new album sees them including a new member to the ranks which will propel them even further down the road. All of the members added some comments to the questions thrown their way which included the writing and recording the new album, the new member, playing live and a few other things…..check it out…… 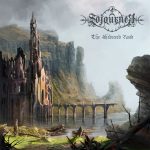 Rating: 9.5/10 Release: 16 March 2018 Label: Avantgarde Music International act Sojourner has been on my folk metal radar since their debut “Empires Of Ash” landed a spot of my top debuts of 2016. While we anxiously awaited the new album, they released a killer cover of Summoning’s “South Away” … END_OF_DOCUMENT_TOKEN_TO_BE_REPLACED

With an atmosphere of triump

Another reason 2016 is the greatest year in folk metal EVER is the debut from international act Sojourner. “Empires Of Ash” combines numerous sub-genre styles into one killer debut album. We were lucky enough to have all band members (Emilio-Vocals, Mike L.-Guitar/Drums/Keys, Chloe-Guitar/Whistle/Vocals and Mike W.-Bass) answer some questions regarding the new album, how they make it all work and a few other things…. check it out…. 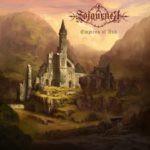 Rating: 9/10 Release: 25/5/2015 Label: Avantgarde Music Halfway thru 2016 and I have already said this is greatest year in folk metal EVER and to further cement my argument is the debut from Sojourner entitled “Empires Of Ash”. Consisting of members from various countries (wait for the interview) Sojourner have … END_OF_DOCUMENT_TOKEN_TO_BE_REPLACED