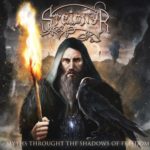 Rating: 7.5/10 Release: 14 June 2019 Label: Art Gates Records Spain’s Steignyr are ready to embark on another journey of epicness and you can come along with them. Their 4th full length “Myths Through The Shadows Of Freedom” is set for release on June 14th via their label Art Gates … END_OF_DOCUMENT_TOKEN_TO_BE_REPLACED 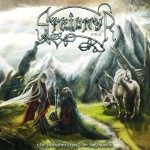 Rating: 7.5/10 Release: 28 March 2016 Label: Art Gates Records Steignyr has released a second full length ‘Prophecy of the Highlands’ this year. This Spanish band showed they could make a real fine and folky album with their previous one ‘Tales of a Forgotten Hero’ which dates back to late … END_OF_DOCUMENT_TOKEN_TO_BE_REPLACED

Steignyr is not well known yet everywhere in the folk-metal world. Can you tell us how the band was born?
“The band was born in 2011 thanks to Jon, the singer and solo guitarist. He always wanted to make a band of Celtic Metal and one day he decided to gather musicians, he composed some songs and that’s all, haha, we started to play the songs and since then we haven stopped.”
Where does the band get their musical influences from. We know ‘typical’ Spanish bands like Saurom and Mago de Oz, but we only hear little elements from those bands.
“Our principal musical influences are Eluveitie, Ensiferum, Equilibrium, Amon Amarth, Suidakra, Wintersun… etc, we admire their music and we think the style is similar, more than the style from Mago de Oz or Saurom.” 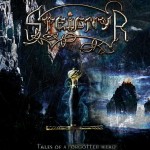 Rating: 8/10 Release: 10 November 2014 Label: Art Gates Records After their EP ‘The Legend’ earlier this year, the Spanish Celtic Folk Metal band Steignyr releasing a full length album ‘Tales of a Forgotten Hero’ now. We had some marginalia with their EP, but there were some very nice things … END_OF_DOCUMENT_TOKEN_TO_BE_REPLACED 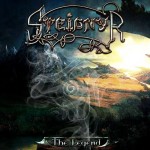 Rating: 6,0/10 Release: 29 April 2014 Label: Independent Steignyr a Celtic Folk Metal band from Spain, released an EP. What are they up to? The intro Wrath of the Gods is a short atmospheric instrumental piece. Nice, now on to the real world. The up-tempo track Dragon’s Tale starts, this … END_OF_DOCUMENT_TOKEN_TO_BE_REPLACED