The Real McKenzies is a Canadian Celtic punk band founded in 1992 and based in Vancouver, British Columbia. Paul McKenzie is the founding member and the band is credited as the cornerstone of the Celtic punk movement. In addition to writing and performing original music, The Real McKenzies perform traditional Scottish songs, often infusing them with a punk-influenced sound. They have shared stages with many other bands inside and outside of their genre including Rancid, Shane MacGowan, NOFX, Flogging Molly, The Misfits, Metallica just to name a few. They are hard working as a band in studio and out of the studio, constantly touring and sharing their music with others (as well as a drink or two, three, four!) 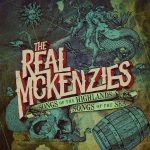 Rating: 8/10 Release: 3 July 2020 Label: Fat Wreck Chords The Real McKenzies have always been consistent in putting out great music. I was looking forward to the release of Beer and Loathing and I was not disappointed. Another great album from the group. Starting with the bagpipes of “A … END_OF_DOCUMENT_TOKEN_TO_BE_REPLACED 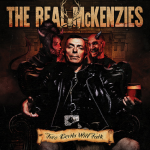 Rating: 8/10 Release: 3 March 2017 Label: Fat Wreck Records I don’t know how The Real McKenzies manage to record albums in between all that touring, but they do! After 25 years of Celtic Punk loaded with with The Real McKenzies trademark, the bagpipes, they don not only start a … END_OF_DOCUMENT_TOKEN_TO_BE_REPLACED 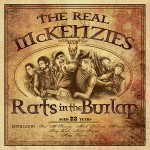 By: Grinning Beggar Rating: 9.5/10 Release: 7 April 2015 Label: Fat Wreck Records There are not many bands in the Celtic Punk genre that work as hard or have the staying power of The Real McKenzies. In the three years since releasing their album “Westwinds”, they have kept a very … END_OF_DOCUMENT_TOKEN_TO_BE_REPLACED