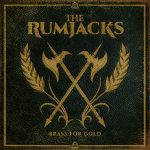 Rating: 9.5/10 Release: 11 February 2022 Label: ABC Records / Four One of my favorite bands The Rumjacks hit the ground running in 2022 with a follow up EP to the excellent, Hestia. The EP Brass for Gold contains eight blistering tracks of Celtic punk that needs to be played at … END_OF_DOCUMENT_TOKEN_TO_BE_REPLACED 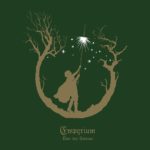 1. Empyrium – ‘Über den Sternen’
Maybe not the best album according to our votin members, but chosen second best by no less the three of them. ‘Über den Sternen’ reached a total of 34 points. Great efford of these Germans.
It was Juergen again who wrote the following about this album: “The complexity of their compositions simply do not allow to put them in any genre. Empyrium is unique and all attempts to classify their music will fail. As a small remark to add is that the label of Empyrium Prophecy Productions and its foundation is going back to the debut of the band “A Wintersunset…” and is celebrating in 2021 their 25th anniversary. With this new release Prophecy has a further reason to celebrate. Happy Anniversary! For me there is no other choice to honour “Über den Sternen” with the full score and to thank Empyrium for their great efforts in creating such a masterpiece.”
Congratulations Empyrium with this great album! 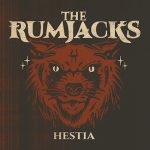 Rating: 9/10 Release: 12 March 2021 Label: ABC Records The Rumjacks have been a favorite band of mine for a long time. I will confess that when they parted ways with Frankie McLaughlin I was nervous but the addition of Mike Rivkees has been a win for the band. The … END_OF_DOCUMENT_TOKEN_TO_BE_REPLACED 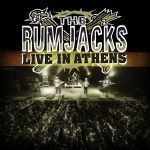 Rating: 8.5/10 Release: 15 November 2019 Label: Four Four / ABC Music Its no secret that I have a warm place in my heart for the Rumjacks. They are in the elite ranks of Celtic punk bands and I would love to see them live. Unfortunately I haven’t had the … END_OF_DOCUMENT_TOKEN_TO_BE_REPLACED 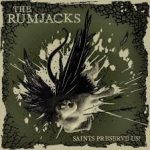 Rating: 10/10 Release: 12 October 2018 Label: Independent When I began listening to Celtic punk one of the bands that stood out to me was The Rumjacks. Great instruments, great vocals and exceptional lyrics. With the Rumjacks you know your going to get fun stories. ‘Saints Preserve Us’ is more … END_OF_DOCUMENT_TOKEN_TO_BE_REPLACED 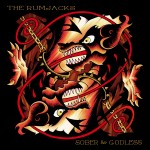 By: Grinning Beggar Rating: 9/10 Release: 6 February 2015 Label: Independent The wait is nearly over! The Rumjacks new album, ‘Sober & Godless’ is set to be released in February. I was graciously allowed an advanced listen and these are my thoughts on the upcoming release. My deepest appreciation for … END_OF_DOCUMENT_TOKEN_TO_BE_REPLACED