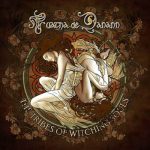 To celebrate the release of their album ‘The Tribes of Witching Souls’ in Europe and Asia, Tuatha de Danann released this video of the track ‘Turn’. 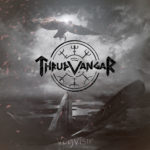 Trollzorn proudly presents “Vegvisir”, the sixth studio album of Thrudvangar!
The band has been an important part of German Viking Metal for almost 20 years now and managed to become a constant in the scene. With “Vegvisir”, Thrudvangar return to their melodic roots and reflect on the trademarks of Viking Metal. Powerful riffs, catchy melodies and grand choirs take the listener on a journey to the ancient myths and legends of the Vikings.
The album was produced by Lars Rettkowitz (Freedom Call) at his renowned Emperial Sound Studios. This album will be released 13th November on LP and 20th November 2020.
Here’s the brand new video of the track ‘Siegvaters Maid’

Rating: 9/10 Release: 20 November 2020 Label: Trollzorn If you would have asked me in March 2020 what we could expect from this year in respect of Folk Metal I would had been quite reluctant to forecast anything. Nearly a half year later the situation looks quite differently. The year … END_OF_DOCUMENT_TOKEN_TO_BE_REPLACED