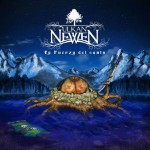 Rating: 7.5/10 Release: 29 March 2015 Label: Independent From the lands that brought you such acts as Skiltron and Vorgrum, South America’s Ulkan Newen have released their first album entitled “La Fuerza del Canto” (my translation is “The Strength Of The Song”) While sharing a general location of the previously … END_OF_DOCUMENT_TOKEN_TO_BE_REPLACED