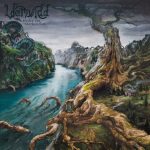 Rating: 9/10​ ​Release: 21.05.2021​ Label: Independent After a waiting time of 5 years the Norwegian Folk Metal Band Vanvidd released their second full lenght album “Under Ei Morken Rot” on the 21.05.2021.Vanvidd was already formed in Arendal, Agder (Southern Norway) in 2013 and their music is heavily influenced by Norwegian … END_OF_DOCUMENT_TOKEN_TO_BE_REPLACED

Rating: 7/10 Release: 30 September 2016 Label: Independent When I think of swampier folk metal, I rarely think of Norway… until now. Norway’s Vanvidd are steeped in boggy goodness but whether or not they are “swamp folk” could be up for debate. With 7 tracks on their debut self-titled album … END_OF_DOCUMENT_TOKEN_TO_BE_REPLACED