Varang Nord is a folk metal band from the cold woods of Latvia.  Founded in 2014, their music combines death metal riffs with epic lyrical themes and accordion accompaniment.  Lyrical themes reference Nordic culture, mighty battles, sacrifices to the Old Gods and festivities involving pints of ale.  One of their crowning achievements has been winning the Wacken Metal Battle in 2019, just before Covid -19 ravaged the world.  In 2021, their album ‘Pārķiuņa Uomurs’ was nominated as ‘Global Metal Release of the Year’.
The album was produced by the band and recorded at their personal studio. Mixing and mastering was by Gints Lundbergs at Latvian Sound Division Studio. 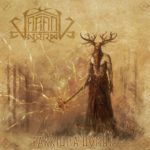 Rating: 9.5/10 Release: 23 Febrary 2021 Label: Sliptrick Records The opening sounds of an battle in a thunderstorm, the signal of the war horns underlined by an epic symphonic melody​ can only mean that the Latvian Viking Folk Metal band​ Varang Nord is back after 4 years with a brand … END_OF_DOCUMENT_TOKEN_TO_BE_REPLACED 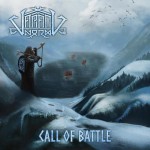 Rating: 9/10 Release: 10 September 2017 Label: SoundAge Productions I have had the honor of reviewing the last 3 releases by Varang Nord and with each new release they get better and better and the latest release, “Call Of Battle” continues in that tradition. First off, this is not to … END_OF_DOCUMENT_TOKEN_TO_BE_REPLACED

Rating: 9/10 Release: 23 December 2016 Label: Independent / Bandcamp The members of Varang Nord must have read my mind when I thought that 2016 was very thin in EP releases and decided to drop a new 3 song EP entitled “Call Of Battle”. I have had the honor of … END_OF_DOCUMENT_TOKEN_TO_BE_REPLACED 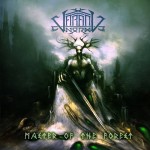 Rating: 8/10 Release: 8 December 2015 Label: Independent Viking metal fans should be in Valhalla with all of the great releases of the recent past (Månegarm, Hammer Horde, Wolfehorde, Immorgon, Valkenrag, etc) and now the official debut album from Varang Nord of Latvia has arrived. Their debut EP “Fire Of … END_OF_DOCUMENT_TOKEN_TO_BE_REPLACED 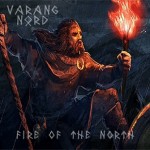 Rating: 7,5/10 Release: 9 December 2014 Label: Independent Jump back to 2007 in your memory and you may remember a band named Балагуры (Balaguri) who put out one album “Великая Русь” (“Great Russia”) and then called it a day. Now they have reformed some 7+ years later as Varang Nord … END_OF_DOCUMENT_TOKEN_TO_BE_REPLACED