1. Baldrs Draumar ‘Magnus’
Baldrs Draumar pulled it off. Grimner managed to receive this title in 2016 and 2018, the first band who managed to get the title twice. Baldrs Draumar did this as well. In 2017 they won this title with their acoustic album ‘Fan Fryslâns Ferline’, this year they released a new Metal album ‘Magnus’ and it was chosen as the best album by again two voting members, but they received a few points more from the rest and they ended up with 40/70 points. Truly a great achievement for an independent band.
“Bone breaking riffs, perfectly placed vocals of primary clean, heavy and choral variety (a lot of really cool choral stuff), driving and tasteful rhythm choices, acoustic instrumentation….I can’t find a single negative. There are a lot of up-tempo tracks on here as well which never sound sloppy or out of control but methodical and well planned. The lyrics are in Frisian, which I still feel is the best choice they have made since switching back after “Forfedres Fortellinger” which was in English. For those of you concerned about the “new” sound do not fret….there is enough of the more familiar mixed in throughout while they branch into some new territory. The overall sound is gnashing and smooth with a subtle bite to the overall sound, both being heavy and inviting at the same time.  Let the naysayers be damned for this is Baldrs Draumar at their finest. Lest you think we are rooting for the home team here at the site, I live in the US and know this is the real deal. For those waiting for the next slew of metal albums from whoever in Scandinavia, eastern Europe or the US for that matter, you need only travel to Dokkum on the North Sea to find the best folk metal album of 2019. “

With the big announcement of the Best Debut-album of 2019: Elvarhøi – ‘Dansen låter fra graven åter’, we finished our Best Debut-album of 2019 list. It’s now time to start with our second list of this season. The Best Album of 2019.
To create a shortlist the albums with the highest rankings were nominated. Besides that, every teammember could nominate one album for this list if he felt an album was missing. Remarkable fact there were some albums added which received rating which weren’t all that high. Some albums with a high rating in the reviews, weren’t appreciated a lot with other members and they ended at a lower place on the definite list.
Seven of the eight teammembers could find the time to rate these albums. Votes came in from all over the world, The Netherlands, USA (3x), Colombia, Austria and Sweden.
The albums which were nominated but are outside the Top 10 are, Curare ‘Portales de los Andes’, Goblin Hovel ‘Nothing like our Fantasy’, Leah ‘Ancient Winter’ and 13Krauss ‘Redencion’.
Which bands are in our Top 10? We let you know the coming days, one by one.
We start today with our number 10:

10. Wormwood ‘Nattarvet’.
Wormwood ended up with 18 out of 70 points, a very good achievement.
“Wormwood have taken their musical influences and have blended them together to craft a unique sound which they have then embellished further with distinctly somber and sorrowful Swedish folk melodies to create a style which is all their own. All this makes Nattarvet an album of sublime beauty and quite frankly, there aren’t enough adjectives in the English language to describe just how good it is, so I’ll just use one: Spectacular!” 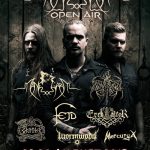 From the moment I woke up on Saturday 24th August, the omens were good for the inaugural Månegarm Open Air festival, held in the headliner’s hometown of Norrtälje in Sweden and with a lineup featuring a veritable who’s who of Swedish Folk Metal. The sun was shining on an unseasonably warm day and … END_OF_DOCUMENT_TOKEN_TO_BE_REPLACED 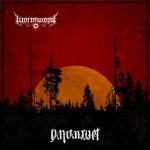 Rating: 10/10 Release: 26 July 2019 Label: Black Lodge Records If you have heard Wormwood’s brilliant debut album, Ghostlands, and are expecting more of the same, Nattarvet is going to be a very pleasant surprise indeed. Whilst the band’s core sound hasn’t changed dramatically, it has noticeably evolved and the … END_OF_DOCUMENT_TOKEN_TO_BE_REPLACED 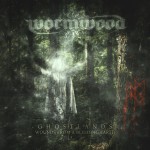 By: Jeff Rating: 8.5/10 Release: 10 March 2017 Label: Non Serviam records As I have stated previously, I am always surprised at some of the music we receive at the site for review. Seeing as how I may be the resident black metal expert then the new debut album by … END_OF_DOCUMENT_TOKEN_TO_BE_REPLACED